Price for 1 truck. Please put 2x in the basket if you want to set up a skateboard.

Featuring superior turn and stability, better grind clearance, improved no hang-up yoke for grind tricks, and less wheel bite. They last longer and are stronger on impact than any other titanium axle truck on the market.
Independent trucks are Made In The USA and Guaranteed For Life Accept No Substitutes. 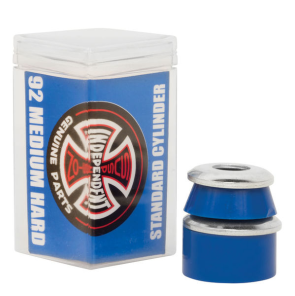